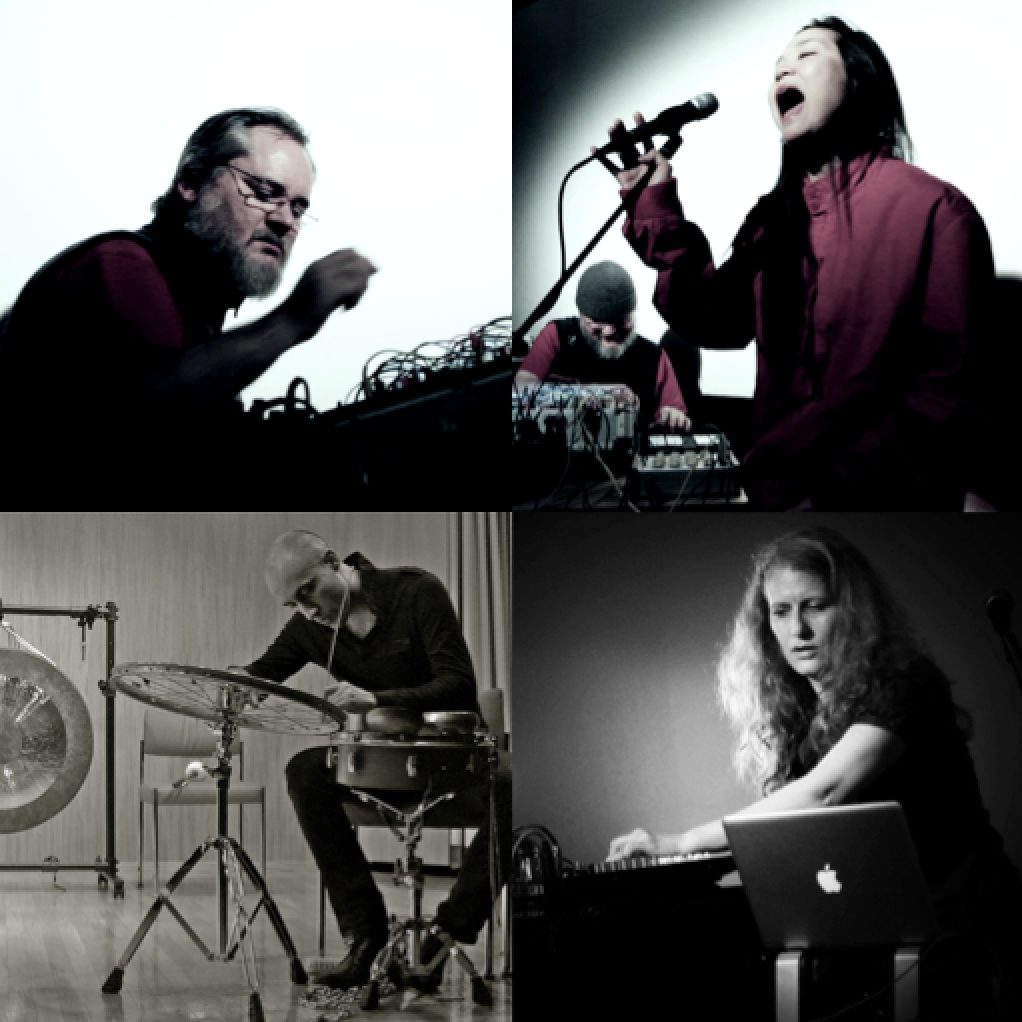 Hiss and Viscera presents two highly distinctive voices in the richly varied Berlin improvising scene. On the face of it the human voice and analogue synthesizer may appear to have little in common but Chen and Scott share an intuitive, corporeal and dynamic sound world out of which an intense and sustained musical conversation develops. Phrases and interjections bounce and ricochet between Chen’s vivid lexicon of glottal pops, rasps and expulsions and Scott’s exhaustive catalogue of electronic clangs, plosives and propulsions. The resultant musical conversation may not always seem entirely human in origin, conjuring sonic images of stories, languages and environments populated by many unearthly creatures, real or imagined.

Since 2015, the duo has toured in Europe, the UK and performed in the 2018 edition of the Festival International de Musique Actuelle de Victoriaville.

Luis Tabuenca and Dafna Naphtali in their duo combine explorations of sound and rhythm merging classic electroacoustic aesthetics with the energy of free improvised music. With Naphtali’s live processing of Tabuenca’s colorful percussion and her own extended vocals the duo breaks into new sonic territory away from any sense of traditional narrative.
Tabuenca and Naphtali first met and performed together October 2013, when Tabuenca invited Naphtali to his Festival Audio Tangente in Burgos (Spain), which he curated with the theme of voice and electronics. The duo’s communicative and energetic performance at the festival was the beginning of their long term project, continuing in New York, and in the recording Index of Refraction (2014) on Acheulian Handaxe.