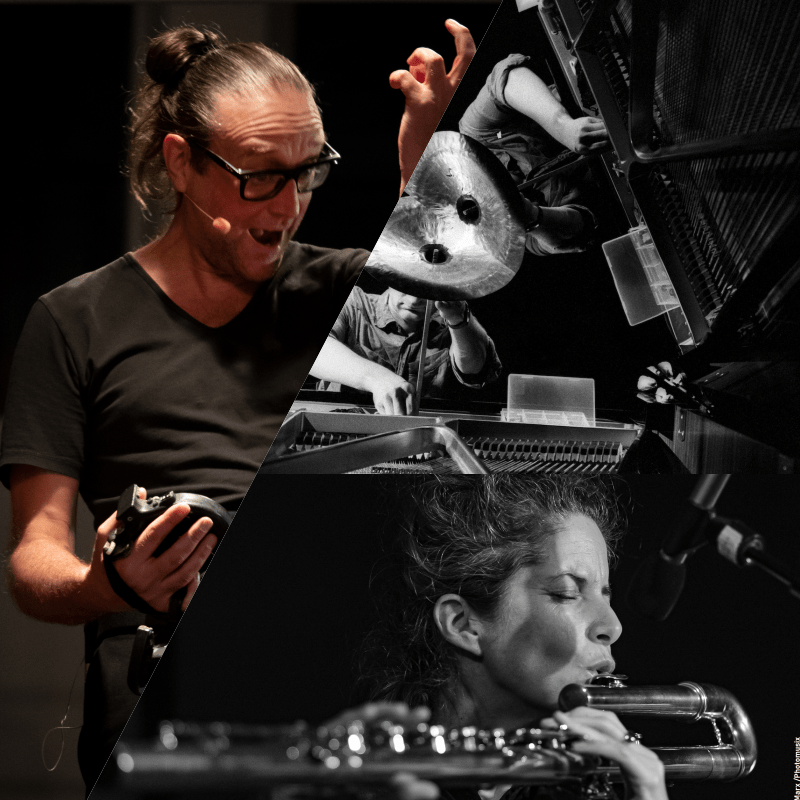 The German-French trio BLONOVO, founded in Paris in 2014, consists of Frédéric Blondy (piano), Alex Nowitz (voice, live electronics) and Sabine Vogel (flutes). In this constellation, they presented themselves to the public for the first time in 2014 at the Cité Internationale Des Arts in Paris. Now the trio formation presents the new program Figures Erronées. BLONOVO feels committed to the constant expansion of its expressive potential and its instrumental playing possibilities. On the basis of an improvisational practice of precise listening, acting and transforming, Blondy, Nowitz and Vogel focus on the mutual amalgamation of their respective tonal material. One of their methods consists of Nowitz’ vocal-instrumental sound dance practice. Using gesture-controlled live electronics, he not only records his own vocal material, but also other instrumental material at the moment of the performance and plays with it. Sonically and visually surprising results emerge, which challenge our reception habits, often calibrated towards normativity. The program title Figures Erronées alludes to such “crazy, wrong figures”.

The concert will also be streamed live via our YouTube channel:
https://www.youtube.com/exploratoriumberlin