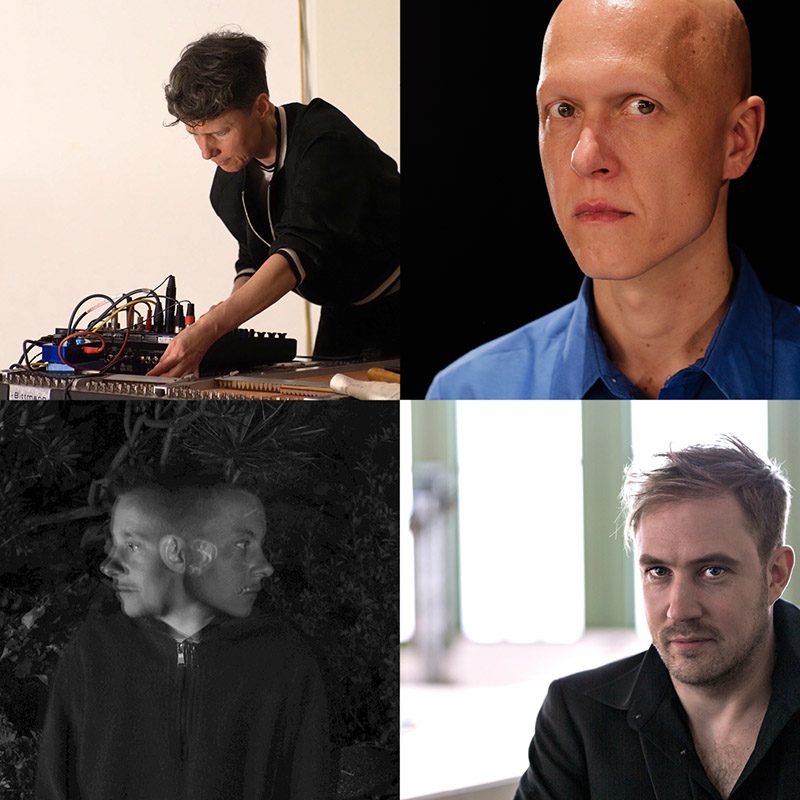 echtzeitmusik – Material und Motivation is the last part of a four-part series of talks on the subject of echtzeitmusik (‘real-time music’). The series started with an exchange between Burkhard Beins, Andrea Neumann and Ignaz Schick over 30 Jahre Echtzeitmusik (‘30 years of real-time music’). Each of the three was also invited to pick out a specific aspect and discuss it with guests of their choice. For the fourth part, Andrea Neumann invited the composers and performers Neo Hülcker, Christian Kesten and Johannes Kreidler to talk about their artistic material and their motivation as artists.

After the discussions so far have primarily dealt with historical and cultural-political questions, cultural and generational backgrounds, geographical spheres of influence, structural processes and the network character of the echtzeitmusik scene, Andrea Neumann has now raised a decidedly aesthetic and at the same time political question. Questions of material and motivation have been of central importance to her since the beginning of her career, and she has always been interested in expanding her material beyond primarily musical aspects: space, objects, bodies, gestures, facial expressions and costumes – she understands an extension of the concept of music from her practice as inherent in echtzeitmusik.

Against this background, the selection of their top-class guests, all of whom share a strong interest in conceptual and performative approaches, becomes particularly plausible. Even if the three invited interlocutors locate themselves in scenes other than echtzeitmusik, there are also intersections and points of contact with regard to aesthetic, reception-specific and political issues that go beyond genre boundaries and possible critical perspectives.

Moderated by Mathias Maschat, Andrea Neumann discusses artistic positions with Neo Hülcker, Christian Kesten and Johannes Kreidler, who derive their self-image from the expansion of the concept of music in the direction of interdisciplinarity, mediality and multimediality, conceptualism and performance. Questions are also: What is your own musical or non-musical material? With what, for what, for whom or what do you compose? What is the subject of your own artistic work? Are there interactions between the material and the performers? And how and where are pieces created?

In addition to the introductory round, earlier talks were echtzeitmusik – “Generations”, conceived by Ignaz Schick and with the guests Alexander Markvart, Rieko Okuda and Alexander von Schlippenbach, as well as echtzeitmusik and its international connectivity, conceived by Burkhard Beins and with the guests Angharad Davies, Yan Jun and Maria Portugal.