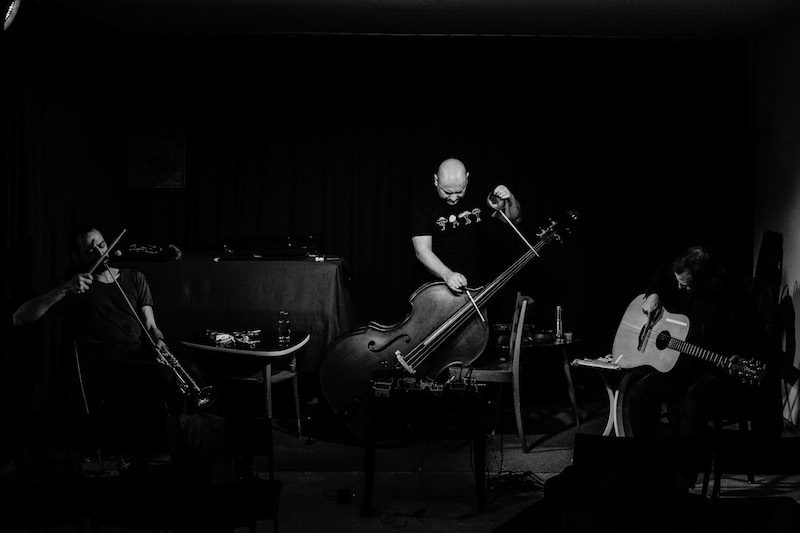 “A” Trio is the oldest Lebanese improvisation group; at exploratorium berlin it starts its “A” Trio 20th Anniversary European Tour. Formed in 2002 for a concert at the legendary Beirut Irtijal Festival, the three musicians went on to record the first free jazz CD to be produced in the Arab world (“A”, La Cédéthèque, 2003). Their music later moved away from its jazz roots towards a more textural approach, relying strongly on prepared & extended techniques for a heavy diversion of their respective instruments. After a decade of working together in trio and various other contexts, Mazen Kerbaj, Sharif Sehnaoui and Raed Yassin have finally reached a very characteristic sound that has prompted one Swedish journalist to say “this is textural swing!” Creative yet simple, acoustic yet powerful, their live performances are very playful and rely on a strong visual component.