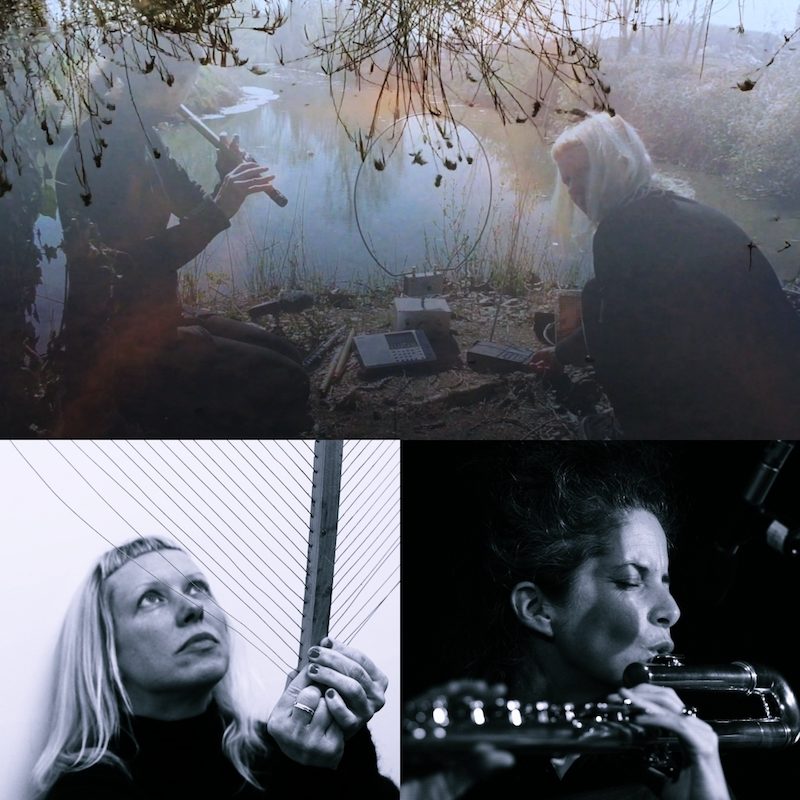 Recorded Landscapes is a series of audiovisual pieces by flautist and composer Sabine Vogel, which deal with notions of home, nature and identity. Two of these will be presented, one of them in a duo with the Italian sound artist Marta Zapparoli: La Barca Vá (duo) and 5 Seen (solo).

Sabine Vogel says about her project: “The landscape in which I grow up shapes me. The things that I experience there, the games that I play, the impressions that I get, leave an imprint on my ‘being’, in my ‘layers of memory’. There is a connection between me and this place, this landscape. The landscape in which you grew up can give you a strong sense of home. As musicians we travel a lot, we are, so to speak, ‘at home all over the world’, but we usually have our roots in a very specific place. The individual biography of the musicians becomes the starting point of my compositions; it is, as it were, directly geographically inscribed in them.

What is it like when I share this place with someone? If someone sees this place through my eyes, gets to know it, perceives it? What if I share the stories I experienced there with this person? This can convey a deeper understanding of the respective culture and also the people and thus of course also have an impact on the music and the creative work together. Through shared experiences, tuning into the environment, hearing, perceiving, improvising and experimenting, the players approach the respective location. An audiovisual composition is created from the material, to which the players then add a new layer of sound in real time and thus create the process of an emerging ‘soundscape’ over and over again.

Sabine Vogel deals intensively with modern playing techniques, sound and improvisation and has developed her own vocabulary on her instrument, both acoustically and with the addition of electronic equipment and certain microphones. In her compositions she mixes flute sounds from the inside of her flutes, which are often on the threshold of the inaudible, the microcosm of her sound world, so to speak, with field recordings – recordings from the outside, the macrocosm. In her site-specific works, sound installations and live performances in nature, she deals with sound, place, time, moment and memory. Marta Zapparoli is an Italian sound and improvisation artist, performer and self-taught researcher whose career began in the musical underground scene in Bologna. At the age of 15 she began her training in fine arts and soprano saxophone and was also active in the experimental directions of theater, dance, performance and radio production. Since 2000 she has been particularly interested in experimental noise music and was a co-founder of the Hotelnuclear collective. She then developed her solo project, the focus of which is primarily on acoustic ecologies, outdoor recordings and noise pollution as well as electromagnetic frequencies. Since 2014 she has been working on a new project on “Inaudible Sounds”, which is based on the reception and recordings of phenomena made worldwide by radio frequencies, human-made noise signals, wireless communication and natural radio (VLF), which she uses in her live performances, sound interventions and installations.