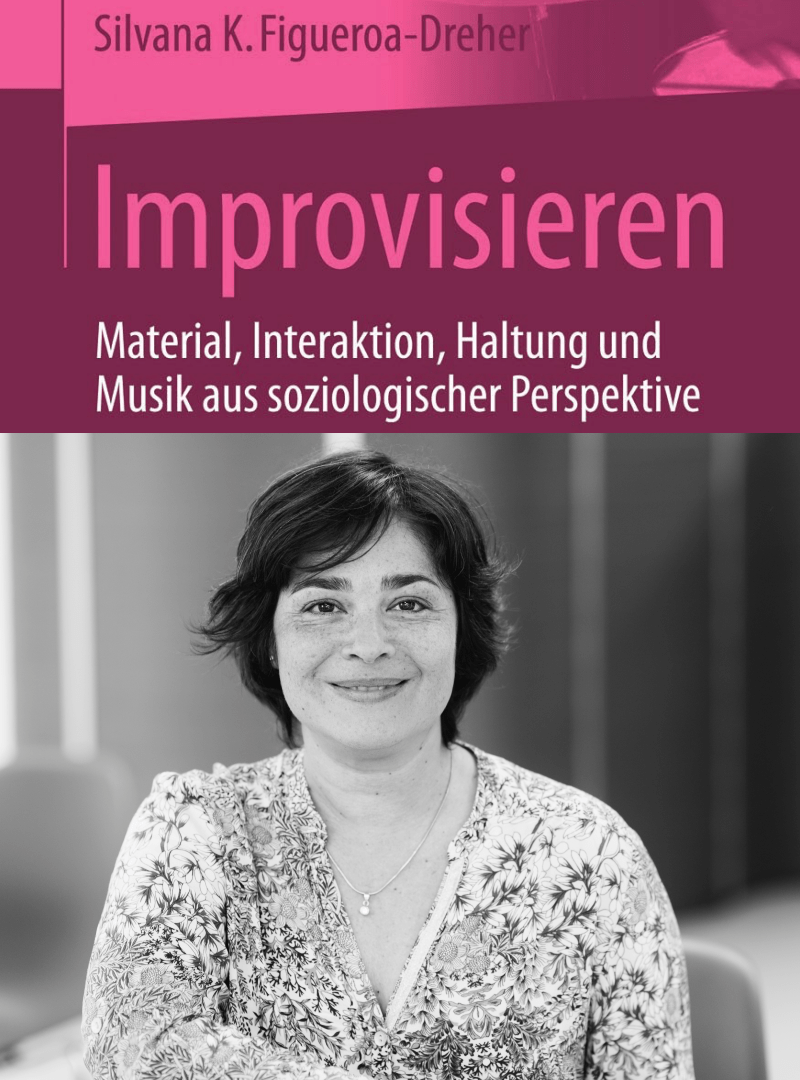 In the third edition of the new key_concepts series, Mathias Maschat talks to sociologist Silvana Figueroa-Dreher about action-theoretical positions and how they can be related to the act of improvisation.

PD Dr. Silvana K. Figueroa-Dreher is a freelance cultural sociologist (Konstanz Technology Center). From 2005 to 2009 she led at the University of Konstanz the first and so far only DFG-funded research project on musical improvisation, entitled Improvisation as a “new” type of action. An action-theoretical exploration of musical improvisation. From 2009 to 2010 she was, also in Constance, post-doctoral fellow of the Cluster of Excellence Cultural Foundations of Integration, with her the research project ‘Concerted Action’? Coordination processes for musical improvisation in free jazz and flamenco. She habilitated in 2014 and published her habilitation thesis in 2016 at Springer VS under the title Improvising. Material, interaction, attitude and music from a sociological perspective (Improvisieren. Material, Interaktion, Haltung und Musik aus soziologischer Perspektive). Between 2013 and 2016 she was a visiting professor for cultural sociology at the University of Konstanz. She researched and taught at various universities in Germany, Argentina and Brazil.

In addition to flamenco musicians, she also researched a. o. the music of the Schlippenbach Trio (Alexander von Schlippenbach, Evan Parker, Paul Lovens) and the TGW trio (Michael Thieke, Christian Weber, Michael Griener) and conducted interviews with the musicians.

The conversation is about illuminating improvisation as action and discussing the connections between the improvising subject, the musical material and the other players. Another topic is the difference between aesthetic and everyday improvisation.