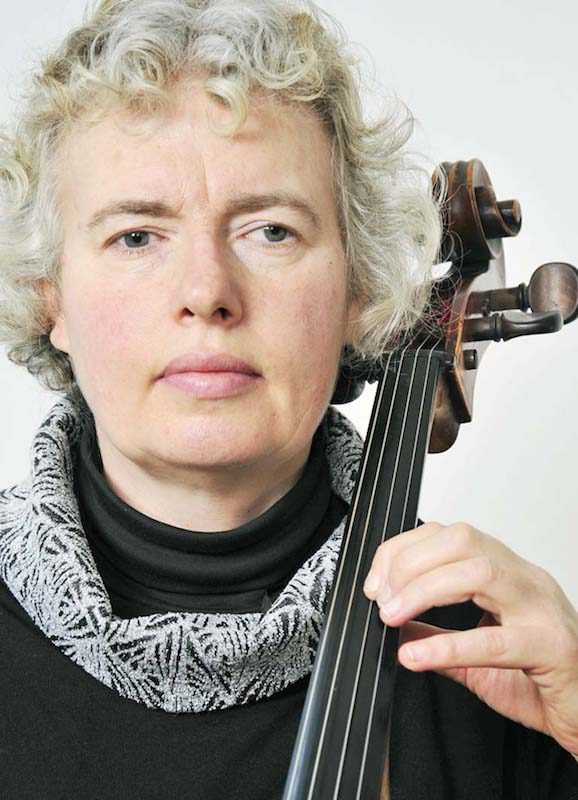 Talk in German Guest: Corinna Eikmeier Moderation: Mathias Maschat The key_concepts series by Mathias Maschat addresses key concepts, terms, theories or settings that can be important for the phenomenon of improvisation and its

The key_concepts series by Mathias Maschat addresses key concepts, terms, theories or settings that can be important for the phenomenon of improvisation and its theoretical explanation. When improvising, the role of the body is of particular importance – an aspect that has received more and more attention in recent years in the scientific discussion of improvisation. Decisive moments are, for example, the factor of the embodiment of various playing patterns and ways of producing certain sounds; the factor of the sometimes impulsive-gestural rather than consciously planned sound generation; or the factor of a certain “letting go” and immersing yourself in a sphere, trusting your body and letting it play “by yourself”, so to speak. The aim can be to achieve the greatest possible freedom of creative production and spontaneous responsiveness with the training of one’s own musical movement skills.

The cellist Corinna Eikmeier has dealt intensively with the importance of the body and has also collected empirical data in research projects that she evaluated for her doctoral thesis, which was published in 2016 under the title Bewegungsqualität und Musizierpraxis: Zum Verhältnis von Feldenkrais-Methode und musikalischer Improvisation (“Movement Quality and Music Practice: On the Relationship between the Feldenkrais Method and Musical Improvisation”). Among other things, the question of the greatest possible freedom in one’s own movements and their role in improvising arises. In conversation with Mathias Maschat, she presents her research and reports on her own experiences on the role of the body in the practice of improvisation.

Prof. Dr. Corinna Eikmeier studied violoncello, contemporary music and improvisation in Hanover, Duisburg, Mainz and Leipzig, where she passed her concert exam with a focus on contemporary music and improvisation. During her studies she developed an interest in the connections between musical expression and the quality of the playing movements and supplemented her music studies with Feldenkrais training in Vienna (1992–1995). She was a lecturer for Feldenkrais from 1997–2020 at the Hanover University of Music, Drama and Media and since 2007 for elementary improvisation. She is also a mentor for teachers in the Improkultur (“improv culture”) project. Artistically she specializes in improvisation and is involved in many interdisciplinary projects, including she is a member of the Erstes Improvisierende Streichorchester.

From 2017–2018 she was visiting professor for music education at the Brandenburg Technical University Cottbus / Senftenberg. In 2020 she followed a call to the Lübeck University of Music. From 2010–2016 she was the first chairwoman of the FVD Feldenkrais Association Germany e. V. and currently she is 1st chairwoman of the Ring für Gruppenimprovisation and member of the editorial board of the magazine Improfil. Theorie und Praxis improvisierter Musik.