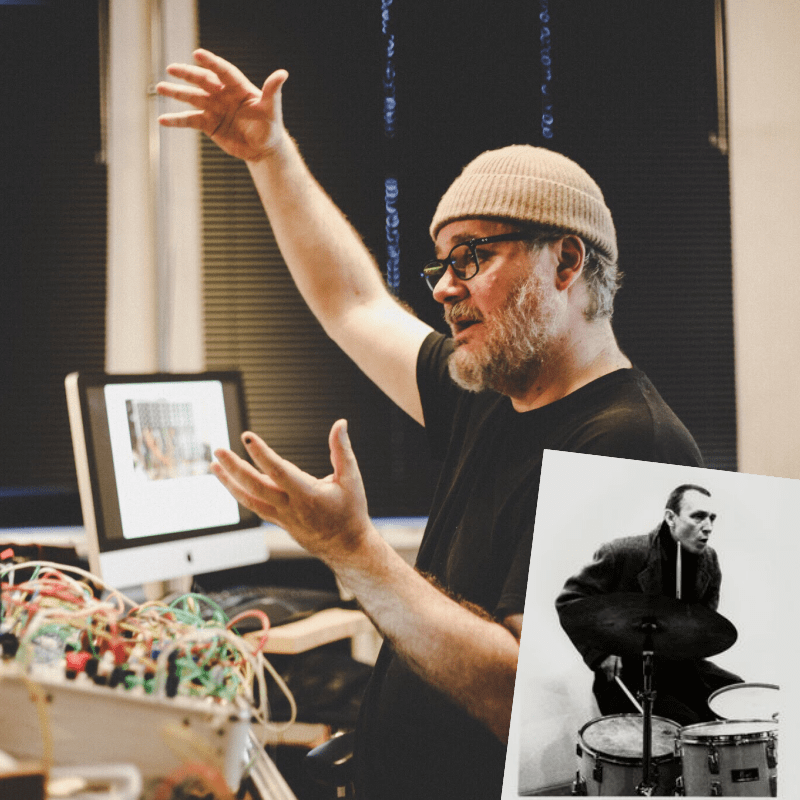 In the second edition of the new Denkraum series key_concepts, Mathias Maschat talks to synthesizer player Richard Scott about his experience in the legendary workshops of the London drummer and pioneer of free improvisation John Stevens.

John Stevens (1940–1994) met Paul Rutherford and Trevor Watts in the mid-1960s and together they founded the Spontaneous Music Ensemble in 1965, which was to become one of the nucleuses of British free jazz and European free improvisation. Especially in the late 1960s, the SME, like the evening concerts he organized at the Little Theater Club in the City of Westminster (London), became a point of reference for the young generation of British jazz musicians – from Evan Parker to Derek Bailey, Paul Rutherford, Howard Riley, Maggie Nicols, Julie Tippetts to Barry Guy and James Muir.

Stevens developed a series of participatory pieces that enabled people with very different musical backgrounds and abilities to engage equally in creative improvisation. The pieces were published under the title Search & Reflect, creating a valuable manual for mediating and teaching improvisation. He tried out and used the pieces in countless workshops, which enabled him to train and significantly influence many musicians.

One of them is the composer and interpreter of electronic and improvised music Richard Scott, who attended Stevens’ workshops in the 1980s. He has been pursuing the idea of ​​publicly reporting on his time with John Stevens for some time, which will now be the first occasion. Music-historical thoughts are supplemented with general considerations for teaching improvised music.