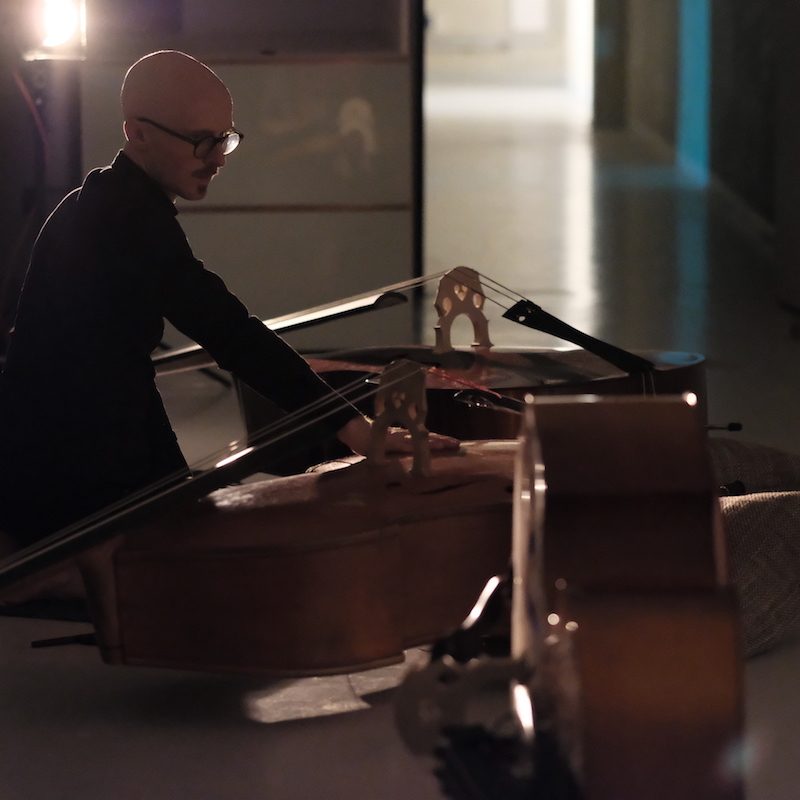 Since 2007, Adam Pultz Melbye has recorded and toured extensively, as a soloist, as well as with musicians/groups such as Julia Reidy, Evan Parker, Lotte Anker, Pat Thomas, Flamingo and Ingrid Schmoliner. Driven by a fundamental fascination with double bass resonance, for the past two years, he has focused his work on the FAAB (Feedback-Actuated Augmented Bass) – a hybrid feedback double bass equipped with pickups, a built-in speaker cone and signal processing algorithms. The FAAB is a highly resonant, sonically ambiguous and sometimes volatile instrument and while enabling sounds and playing practices impossible on the acoustic double bass, the instrument also resists traditional notions of mastery and control. As such, improvisation is a central feature of the development of a language and performance practice with the instrument and has led Adam Pultz Melbye to speculate that resistance and precariousness are in fact fundamental requirements for the enactment of improvisation.

The conversation focuses on solo improvisation and how it plays out with an instrument, the materiality of which intersects, and is constituted by, both virtual and physical domains. Here, resonance may mean both the acoustic phenomenon of physical bodies vibrating sympathetically with themselves as well and each other, but also points towards multiple feedback loops of information that travel across wood, strings, silicon, computer code and human perception and cognition.