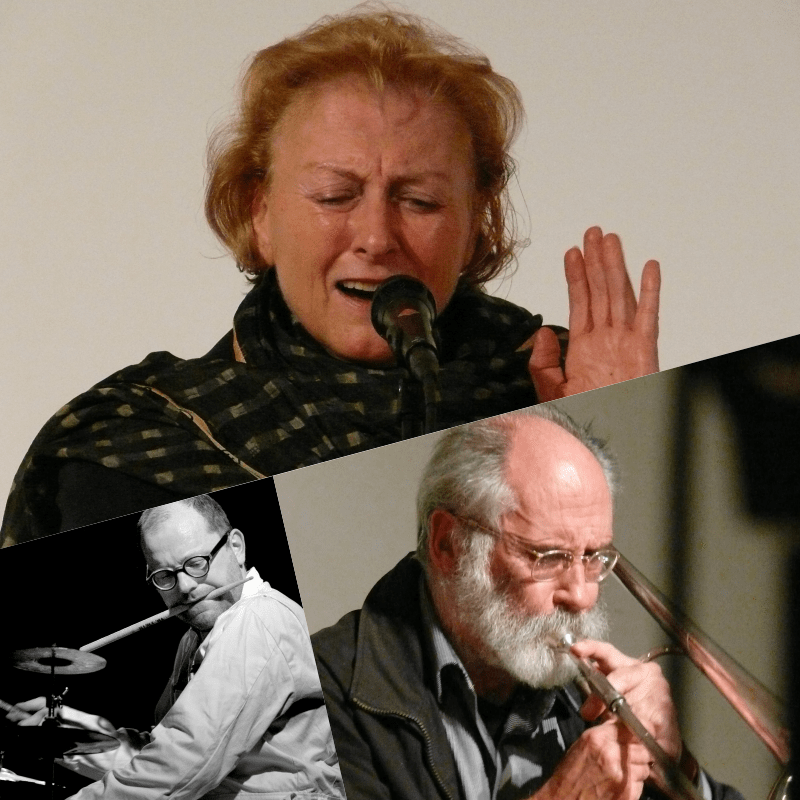 Parole is since 1984 title of the sound poetry programs of Elke Schipper, which are performed as work-in-progress. Over the course of time, more and more new texts and pieces have been added, and there were different constellations with musicians. After almost every performance, texts and pieces are reworked, so that there are big differences between a version from 1990 and the one from 2019 under the same title.

The title of the program refers to Ferdinand de Saussure’s term parole for spoken language. The spoken word releases the sound of the language, making it an open, dynamic process that always accompanies the transference of meaning with acoustic events. Her sound poetry is dedicated to this sensual texture of language. She enters the field of tension between the reality of the word and the reality communicated by it. These realities are decomposed, split, rasterized, assembled, collaged and transformed, bringing to the surface hidden linguistic consistency and energy that often calls for cross-border articulations. Schipper is concerned with all these vital qualities of language. This is where language and music come together – both unfold their drama as a related temporal progression in tempi, rhythms, meter, sound, tone, melody and can find common archaic understanding on these common parameters. A word can become semantically meaningless, but musically meaningful.

Elke Schipper’s compositions for language and music begin with this common substance of the arts. In the pieces for trombone or cello, percussion and voice, the individual sound material as well as the linguistic phrasing of the performance through certain improvising musicians is already “composed” into the concepts. The handling of language and music bypasses the border between the media, but does not dismantle the two arts.

With Günter Christmann and Michael Griener, Elke Schipper has been working together for many years. Günter Christmann worked since 1968 first in free jazz, followed by free improvisation and occasionally as an interpreter of new music. He played with many of the most important musicians in the field of free music, was a member of the Globe Unity Orchestra and the King Übü Orchestrü. Since 1979 he has been initiator of musical and multimedia projects (VARIO, con moto, in actu), often with dancers (including Pina Bausch, Susanna Ibanez, David Zambrano) and painters (including K. H. Sonderborg). Under the impression of Günter Christmann’s “Hohe Ufer Concerts”, Michael Griener dealt intensively with the diverse forms of the jazz tradition, free improvisation and new music. This was followed by a longer collaboration with Günter Christmann in different VARIO projects. His duo Kimmo Elomaa with live electronics player Jayrope was awarded an award from the Berlin Senate in 2001. In March 2006 he received the award as the most creative soloist at the New German Jazz Prize in Mannheim.

Currently the number of available seats is limited and a concert visit is only possible with advance booking. Please use the form below to make your booking no later than 14 hrs on the day of the concert. You will then receive further information. You can find exploratorium’s current rules of hygiene by clicking on this link.

In addition, the concert will be broadcast as a live stream via our YouTube channel. Therefore the start will be start on time!

In this context we recommend concerts with improvised music in Kesselhaus.