The long-standing members of the Scratch Orchestra Richard Ascough, Bryn Harris, Hugh Shrapnel and Stefan Szczelkun come to the exploratorium for one of their rare concerts in the 51st year of the legendary British orchestra collective. They are also giving this year’s special workshop, and workshop participants are most likely expected to be integrated into the concert performance.

Formed in July 1969 by Cornelius Cardew together with Michael Parsons and Howard Skempton, the Scratch Orchestra remains the most enigmatic and controversial of the experimental musical ensembles of that era. Originally coming into existence for the performance of Paragraph ll of the Great Learning by Cornelius Cardew, the Scratch Orchestra consisted of a large number of enthusiasts pooling their resources and assembling for action, music making, performance and edification. It was growing out of a series of music composition classes held at Morley College London that were attended by avant-garde musicians as well as artists interested in exploring sound. Combining a promiscuous and often irreverent musicality with a deep seriousness of purpose and a radical approach to social organisation, the Scratch Orchestra prefigured global post-modernism while celebrating a peculiarly British sensibility. Exploding with ideas – often contradictory – and drawing equally on established figures of the avant-garde as well as rank amateurs, the Scratch Orchestra’s combination of Fluxus, John Cage, free jazz, performance art, graphic scores, ritual, research projects, serious formal composition, and pop cover versions provided the blueprint for much that has followed.

The Scratch Orchestra, whose members drew on varying levels of musical expertise, performed its music from scratch, often based on written instructions and graphic scores. The Orchestra played in town and village halls, universities, youth clubs, parks, and theaters. Due to the regularity of the performances during the Scratch Orchestra’s short lifespan (it was active until around 1974), it constituted a kind of musical community; an intense experience of playing, travelling, and living together.

Eventually the strains of Cardew’s “reverse seniority”, tensions between musically-trained and non-musically-trained members, and an increasing interest in political aesthetics led to a gradual change in the activities, and then the outlook of the ensemble. It was effectively inoperative by 1974, but continued later from time to time in new constellations. This included celebrations of 25 years of Scratch Music in 1994 and 50 years of Scratch Music in 2019. 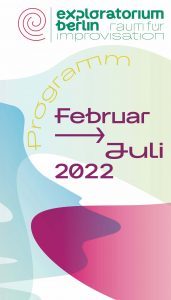 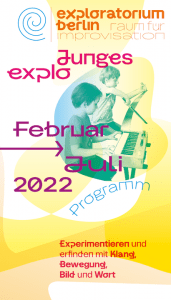