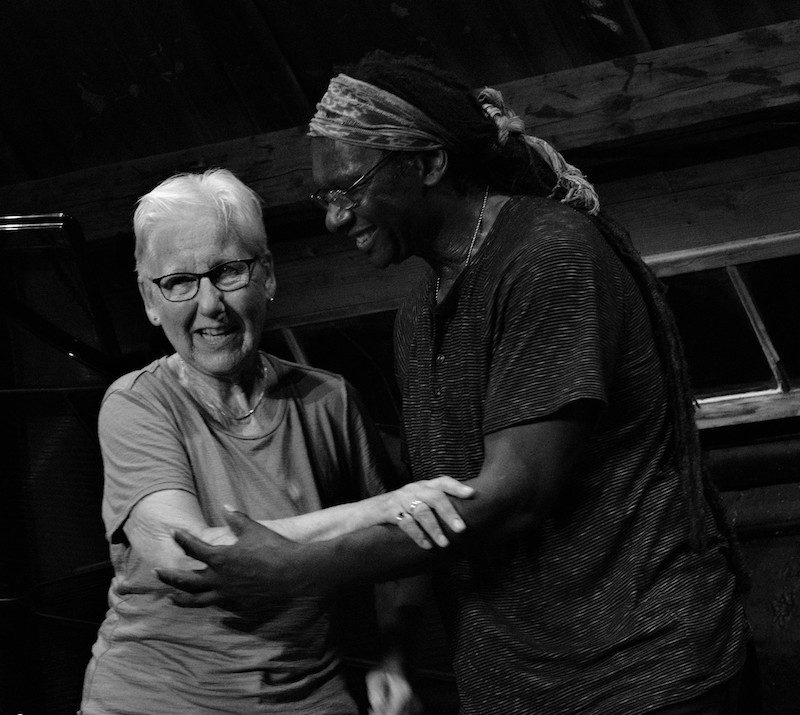 cancelled due to Corona Pandemic

“Her piano playing is straightforward and crystal clear, her musical signature unique, her appearance charisma. Nobody else plays like that.” – Irène Schweizer, piano icon of European free jazz and the first female jazz musician to receive the highly endowed Schweizer Grand Prix Musik, Switzerland’s most important cultural award. That was in 2018. Twenty years earlier, on March 28, 1998, she played for the first time at the Taktlos festival (co-founded by her) in Zurich with the American drummer Hamid Drake, one of the most respected drummers of free music.

Since then he has been her favorite drummer – and that means something! Because one of her specialties and preferred constellations are duos with drummers and numerous big names are her regular partners: Louis Moholo-Moholo, Günter “Baby” Sommer, Andrew Cyrille, Pierre Favre, Han Bennink and Joey Baron. About playing with Drake, she says: “When I play with Hamid, we have impeccable communication. Follow and lead is a question of mutual coordination and not a struggle for prominence, but an extremely elegant dialogue, so close, intimate and loving!” You can hear “abstraction paired with South African melodies – and not to forget, a large portion of delight in playing.” (Nina Polaschegg)