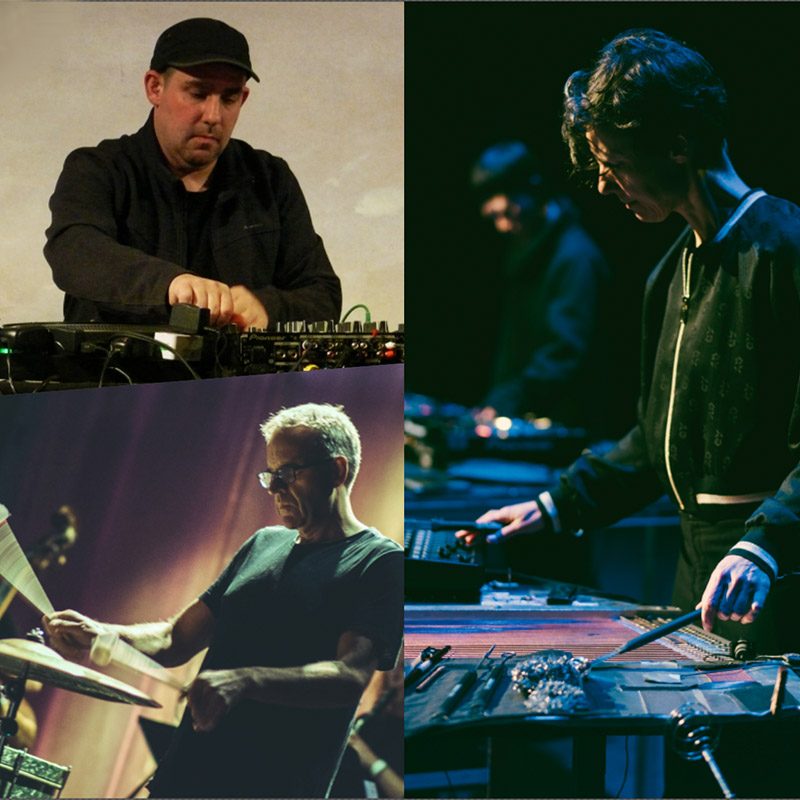 Talk in German Guests: Burkhard Beins, Andrea Neumann & Ignaz Schick Moderation: Mathias Maschat “The term ‘Echtzeitmusik’ (trans. real time) means that the decision about what one plays happens in the

“The term ‘Echtzeitmusik’ (trans. real time) means that the decision about what one plays happens in the moment of playing. So is Echtzeitmusik really nothing else than improvisation. Or is it that simple?” (Ignaz Schick, Guido Möbius*)

“As a possible alternative, the term ‘Echtzeitmusik’ was coined in the mid-1990s in Berlin. It shifts the main focus of attention towards the fact that the music is shaped in the moment of its making, in ‘real time’ as it were. The term deliberately avoids denoting whether this is about instant composition or a form of improvisation.” (Burkhard Beins*)

“For me, this is demonstrative of a certain attitude, the attitude of the individual–doing it for yourself, speaking for yourself–as opposed to creating something universal where you say that others should be able to articulate it.” (Andrea Neumann*)

The three Echtzeitmusik protagonists Burkhard Beins, Andrea Neumann and Ignaz Schick speak about 30 years of Echtzeitmusik in the second edition of the new Denkraum series imp[or]trait, moderated by Mathias Maschat. The thread of public reflection is loosely taken up again: Which developments can be observed? What has changed aesthetically, but also politically? To what extent could the Echtzeitmusik scene establish itself within the cultural landscape and where does it stand in society? What critical impulses are articulated? And what does the future of the scene look like?