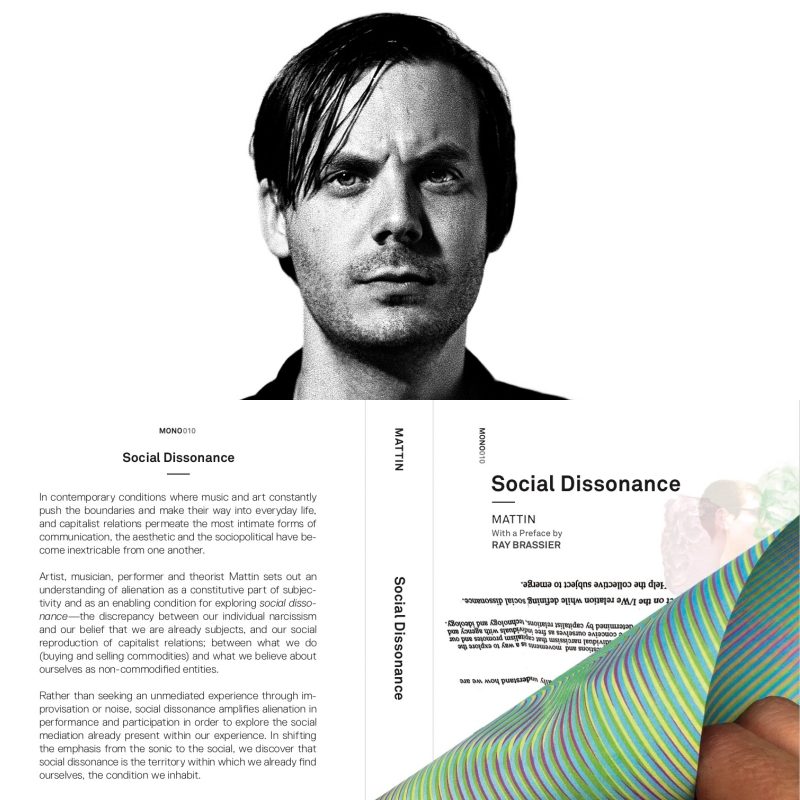 Talk in German Guest: Mattin Moderation: Mathias Maschat The computer musician, performance artist and noise theorist Mattin is the guest of the second edition of the discussion series leeways of the Denkraum Improvisation.

The computer musician, performance artist and noise theorist Mattin is the guest of the second edition of the discussion series leeways of the Denkraum Improvisation. Mathias Maschat talks to him about his work as an artist and author and especially about his new book Social Dissonance.

Mattin’s work in the field of noise and improvisation seeks to address the social and economic structures of experimental music production through live performance, recordings and writing. Using a conceptual approach, he aims to question the nature and parameters of improvisation, specifically the relationship between the idea of ‘freedom’ and constant innovation that it traditionally implies, and the established conventions of improvisation as a genre. Mattin considers improvisation not only as an interaction between musicians and instruments, but as a situation involving all the elements that constitute a concert, including the audience and the social and architectural space. He tries to expose the stereotypical relation between active performer and passive audience, producing a sense of strangeness and alienation that disturbs this relationship. His political and conceptual approaches are outlined in his forthcoming book Social Dissonance, which is published by Urbanomic.

He sets out an investigation into the concept of alienation as constitutive part of subjectivity but also as enabling possibility for performance and practice in order to understand he calls social dissonance: a structural form of cognitive dissonance emerging out of our individual narcissism and conflation of selfhood with subjectivity. In other words, social dissonance is the discrepancy between what we do (buying and selling commodities) and what we believe about ourselves as non-commodified entities. In shifting the emphasis from the sonic to the social, we discover that social dissonance is the territory within which we already find ourselves, the condition we inhabit. In order to deal practically with this, Mattin scored social dissonance as part of documenta14 in Athens and Kassel. For 180 days four players used members of the audience as instruments, who then hear themselves and reflect on their own conception and self-presentation. The score Social Dissonance claims that, by amplifying alienation in performance and participation can enable us a new understanding of structural alienation.