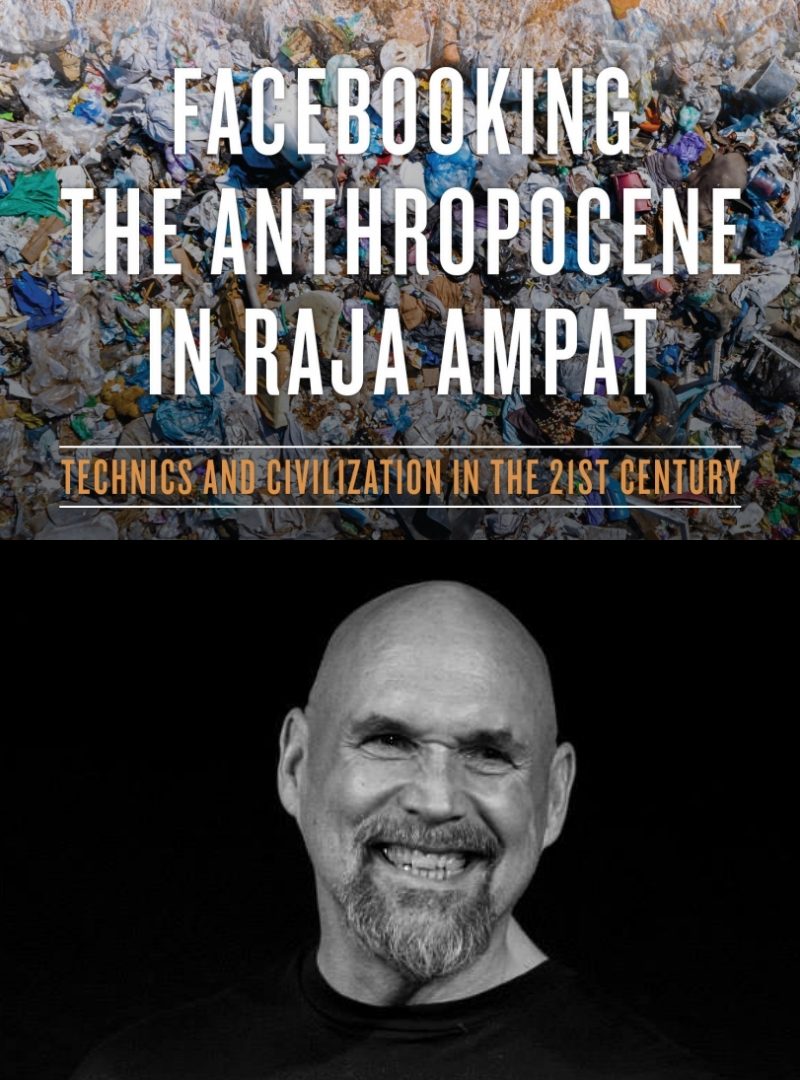 Synthesizer pioneer and author, journalist, instrument inventor and performer Bob Ostertag is the first guest in a new series of talks, called leeways, in the Denkraum Improvisation of the exploratorium berlin. Mathias Maschat speaks to him in a live stream about his work as a musician and author and in particular about his new book Facebooking the Anthropocene in Raja Ampat: Technics and Civilization in the 21st Century. The socio-political references of Bob Ostertag’s work are discussed as well as questions about what constitutes live music and what meanings improvisation can take today.

Bob Ostertag began his musical career in 1978, touring Europe with jazz great Anthony Braxton, playing a keyboard-less modular analog synthesizer. He was not the first person to take a modular synthesizer on stage, but he was the first person to center his musical practice in a scene of “free improvisers” using a modular synthesizer as his main instrument. In 1979 he settled in New York City and became a key part of the late 1970s “downtown” scene along with John Zorn and Eugene Chadbourne. He left music for most of the 1980s and immersed himself in the Central American revolutionary movements of the time. His goodbye to the Salvadoran revolution, a composition titled Sooner or Later is considered a classic of electronic music. He has performed at music, film, and multimedia festivals around the globe. His radically diverse musical collaborators include the Kronos Quartet, John Zorn, Mike Patton, transgender cabaret icon Justin Vivian Bond, British guitar innovator Fred Frith, EDM DJ Rrose, improvisers Phil Minton, Jon Rose, Mark Dresser, Joey Baron, Gerry Hemingway, Shelley Hirsch, Roscoe Mitchell, Audrey Chen and many others.

All in all, Bob Ostertag has published more than twenty albums of music, seven books, and a feature film. His writings on contemporary politics have been published on every continent and in many languages. His books cover a wide range of topics, from labor unions to the history of journalism to estrogen and testosterone.

His new book Facebooking the Anthropocene in Raja Ampat: Technics and Civilization in the 21st Century consists of three essays that paint a deeply intimate portrait of the cataclysmic shifts between humans, technology, and the so-called natural world. Amid the breakneck pace of both technological advance and environmental collapse, Bob Ostertag explores how we are changing as fast as the world around us, by fusing his travels as a touring musician with his journalist’s eye for detail and the long view of a historian.