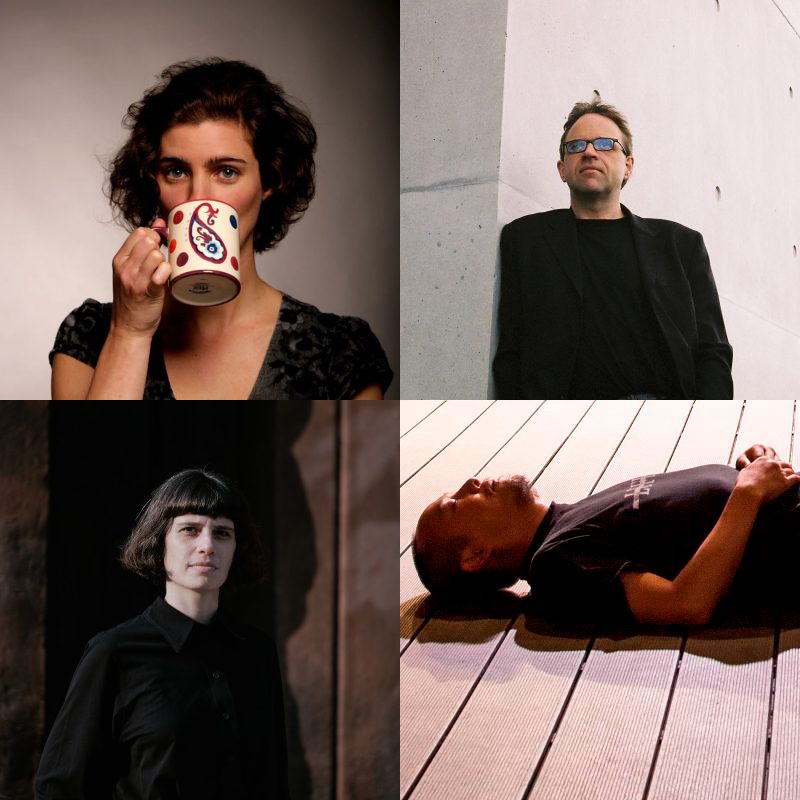 Talk in English Guests: Burkhard Beins, Angharad Davies, Yan Jun, Mariá Portugal Moderation: Mathias Maschat echtzeitmusik and its international connectivity is the third part of a four part series of talks around the

echtzeitmusik and its international connectivity is the third part of a four part series of talks around the topic of Echtzeitmusik. The series started with an exchange between Burkhard Beins, Andrea Neumann and Ignaz Schick on 30 years of Echtzeitmusik. Each of the three is invited one more time to focus on a specific aspect within this context. After the discussion of echtzeitmusik – “Generations”, conceived by Ignaz Schick, the topic for this third talk has been suggested by Burkhard Beins. He has chosen as Mathias Maschat’s guests for this round: violin player Angharad Davies from London (GB), performer Yan Jun from Beijing (CN) and percussionist Mariá Portugal from São Paulo, now living in Cologne (BR/DE).

The Berlin Echtzeitmusik scene in itself is an ever evolving network of international artists with a wide range of cooperations due to the specific history and proximity of the city. But how do cooperations work on an international level? What relations exist between Berlin and other international scenes?  Which relevance does an international exchange have for artistic developments? Which importance lies in these intercultural encounters? And what’s the impact of current disruptions and threats such as the pandemic, war and environmental concerns on the possibilities for artists to actually travel, meet and collaborate in person.

Already in its early days, from around 1995 to 2005, Berlin’s Echtzeitmusik scene was connected to likeminded musicians in London, Vienna, Tokyo and Sydney. With their growing recognition, more and more Echtzeit musicians began to appear on international festivals and received invitations for art residences all over the world. New connections between Berlin and a wider range of international music scenes have been established this way.

Exemplary for many protagonists of the experimental music world the four invited guests share their individual views on those developments and report from their respective cultural backgrounds and experience.

In addition to the talk, the musicians are performing on the next day, June 17th, in the concert series biegungen im ausland. Ni Vu Ni Connu is recording the concerts; also the label has to be credited for bringing Yan Jun to Europe.

Unfortunately, Cedrik Fermont, who was originally planned for the talk, had to cancel his participation. Yan Jun takes his place.